THE COUNTRY PARISH PRIEST, THE COLONEL, THE POPE…
Conclusion

ON May 13, 1962, when a torrent of distressing letters and sad news was reaching him from the martyred province of Algeria, Fr. de Nantes beseeched his friends not to « turn a deaf ear to the clamour that is rising from the land of Algeria, from all this blood shed by the sanguinary frenzy of a very few. » 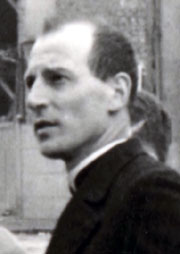 « When will the trial end ? To answer this question it does not suffice to weigh up the opposing forces, one must, with the eyes of faith, get to the bottom of things and of souls. Undoubtedly we pray, but not as God wills. We pray in France that God give peace but without us giving up our errors and our baneful passions. We want the end of the nightmare, but without regretting the insane political opinions that are its direct cause and without in the least renouncing our comfort...

« Thus we must conclude that our tribulations are only beginning and that many other chastisements await us. Of course, this is not a prophecy. It results from a simple analysis of the situation: the torrent of blood would have to be larger in order for our “ thinking elite ” to renounce their lies and their hatreds. In His paternal love God is eager to assist us; He will do so, you can be sure, as soon as we authorise Him to do so by our true conversion and our remorse. For He only helps those whose faith is pure; He only saves a people submissive to the truth. As long as flagrant, impassioned error inhabits our hearts, He will strike us with His blows repeatedly, for, when all is said and done, bloodshed and violence are but a secondary evil. The absolute evil, from which the good Shepherd has undertaken to cure us – us first, France, privileged by the Sacred Heart – is the moral violence done to deceived, indoctrinated souls, led by the poison of error to hatred of what is from God and to the service of Satanic forces. »

« I believe, in fact, that Satan infests metropolitan France, where little blood is shed, far more than Algeria where it is shed in torrents… » 1

What remedy can be applied against this diabolical disorientation, what light, what providential help ? It is remarkable that it was at the beginning of this month of June in 1962 that Fr. de Nantes sent to his readers, and then to all new subscribers to his Letters, the account of the conversation of Sister Lucy with Fr. Fuentes on December 26, 1957. The convergence of his political and mystical analysis of events with the views of the seer of Fatima is amazing: « Father, the Most Holy Virgin is very sad because no one has paid any attention to Her message, neither the good nor the bad… Believe me, Father, God will chastise the world and this will be in a terrible manner... the Devil is engaged in a decisive battle against the Blessed Virgin. »

This is the great lesson of the Secret of Fatima, in its three parts. The “ Third Secret ” should have been revealed in 1960, as Our Lady wanted, for then, « it would seem clearer ». It was kept secret by all the popes for forty years until 2000. Now that it has been divulged, however, we see that it remarkably clarifies the events in Algeria by describing in advance the consequences of the refusal given by the Holy Father to the demands of Our Lady of Fatima:

« A great city half in ruins », strewn with « corpses », is Algiers ! Rue d’Isly, on March 26, or Oran, on July 5, 1962. « The blood of martyrs » gathered up by the Angels « beneath the two arms of the Cross » is that of our colonists killed in the most cowardly way by the fellaghas or by the Gaullist power, and our 150,000 harkis put to death because of their fidelity to the « roumis ».

« THE ERRORS OF RUSSIA »

The « errors of Russia » were, as we have seen, the mainspring of the entire Algerian war, and it is these « errors » that defeated the French army, not on the terrain where it was fully victorious, but in minds. This was also the case during the Liberation-purge of 1944, the first penetration or “ infestation ” of the « errors of Russia » into the body and soul of the nation.

From July 1 to August 20, 1962, Fr. de Nantes dedicated five “ Letters to My Friends ” (nos. 112-116), which together form a veritable treatise, to the Franco-Algerian tragedy, its underlying causes and the salutary lessons that it is important to draw from it. We see clearly how “ Red Christians ” or “ progressivist Christians ” reached positions of authority in 1944 and have, since then, subjugated the Church to Revolution.

« In 1944 we entered into a false world … The aggressive forces of revolution were adorned with all beauties and with all hopes, while the defensive forces of the social order and of the traditional historic communities were always retrograde, criminal and devoid of any ideal. By conformism, ignorance cowardice, but more than anything else by infiltration, the Church continues to accept exclusively these untrue analyses of the facts, and thus allows her charity to be directed onto the heads of the worst enemies of human order and of God, and her anger onto her best children and devoted servants. For how long ? How far will this incredible aversion and self-hatred go, this inversion and love of one’s adversary ? » (Letter n° 114)

In his last Letter, dated August 20, 1962, Fr. de Nantes justified in a moving tone, with prophetic accents, his “ politics ”; it is part of the very battle of the Immaculate against the Devil:

« I admire, in these Apocalyptic tempests that rock our poor world, these sinister creaks of the old and maternal Christendom, the care that many people who consider themselves good and beautiful souls take to remain in a safe place, in some creek with calm waters, where they enjoy tranquillity and attend to their works and personal concerns. They are deaf to the cries of the persecuted, blind to the blood of their brethren shed in hatred for the Faith. Some do not tolerate seeing me occupied with politics and enjoin me to come back to the mysticism which, far from the discussions of this time, soothes their souls with noble considerations… »

Here is the conclusion, which announces the “ Third Secret ”: « Charity comes before all commandments; it dominates them all: “ If mercy were a sin, St. Bernard used to say, I think that I would be unable to stop myself from committing it. ” This summer, mercy is a political crime. Notwithstanding this danger, it is a Christian virtue. If there were a hundred million prudent people whose religion would remain indifferent to the outraged Christian, to the despoiled poor, to the slandered innocent, to an entire people in despair, the Church would not be with these millions of dead, but at the bedside of themartyr, like the Virgin and the others at the foot of the Cross. »

These millions of « dead » are the « corpses » that, in the Secret, the « Bishop dressed in White » encounter when passing through the « great city half in ruins ». Others, fortunately, have  the souls of good Samaritans: « The judgment of people on this side of the sea does not matter to me. What counts is the look given me yesterday by this old woman, a refugee from Oran where she left her house, her church, her dead, her entire life. If I had been involved in the odious crime that had despoiled her without reason, if I had become an accomplice in it through thoughtlessness or oversight, if for years I had maligned and slandered this people in order to justify their murderers, then under this look my priestly eyes would have turned away in shame, and I would have had to confess that I had failed in my task as priest of Jesus Christ. I have fought and suffered, however, in the name of Christ, for her and her family. She had been aware of this over there. The justification of my “ politics ” is in this exchanged look. Jesus Christ has not abandoned these poor people. » (Letter n° 116)

The summer of the terrible exodus was marked by a last attempt to reverse the course of events. In the evening of August 22, the President of the Republic, Charles de Gaulle, coming from the Élysée Palace, went to Villacoublay to take a plane that would take him back to Colombey-les-deux-églises. When his car arrived in the centre of Petit-Clamart, gunfire was opened from several parked vehicles on the tires of the presidential car. Hit several times by machine gun and submachine gun bullets, it succeeded in reaching the airport with two flat tires but without anyone having been shot: neither the president, nor Mrs. de Gaulle, nor the chauffeur, nor Colonel de Boissieu, the son-in-law of the president.

On September 15, the leader of the plot was arrested: he was Lieutenant-Colonel Jean Bastien-Thiry, a brilliant thirty-five year old engineer from Aéronautique française, an internationally renowned specialist in guided missiles; furthermore, he was a knight of the Legion of Honour and an exemplary father.

On January 28, 1963, his trial opened before the Military Court of Justice instituted by de Gaulle, but which the Council of State had just declared illegal. In his declaration on February 2, Bastien-Thiey spoke like the parish priest of Villemaur. His plan, he explained, was not to kill the President of the Republic, but to arrest him in order to bring him before the High Court and have him judged. This was indeed the substance of the trial: 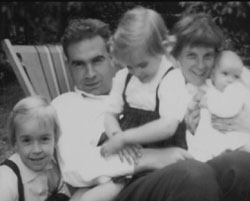 « Before the aborted attack against him, an immense well-executed attack was evoked, that which de Gaulle, in the fullness of the power that he had claimed, had resolved and carried through inexorably against French Algeria. Four years of pivotal war to end, finally, with having his soldiers and policemen fire on his disarmed people whom he had sworn to defend and save ! 2 »

« This man is streaming with French blood, Colonel Bastien-Thiry concluded, and he represents the present shame of France. It is not good, it is not moral, it is not legal that this man remain for long at the head of France […]. We did not act out of hatred for de Gaulle, but out of compassion for the victims of de Gaulle and in order to safeguard the innocent human lives sacrificed by a tyrannical power…One day this man will account for his crime: before God, if not before men. »

He had dared to invoke a legitimacy other than that of the « de facto power ». He did not hesitate to hold the tyrant up to ridicule: « After having placed General de Gaulle under arrest, the judge asked, what would you have done if he had resisted ? – Oh ! Bastien-Thiry replied calmly with a smile, we would have only removed his suspenders. » There was an immense burst of laughter, despite the tragic atmosphere that enveloped the hearings. De Gaulle, however, would not forgive him. The verdict fell on 4 March: Bastien-Thiry and his two main assistants, Bougrenet de La Tocnaye and Prévost, were condemned to death.